“freedom is the reverse side of responsibility. A feeling rather than an absolute fact and we are responsible for taking care of that.”

Extract of Amarg
‘Amarg’ is the Amazigh (Berber) word for nostalgia, though it is also used to signify a hybrid form of musical poetry found in Southern Morocco. Southeastern Morocco presents a strange combination of different kinds of empty spaces, huge and desolated, ranging from the Atlas Mountains to the Sahara desert.

Life is seldom found in these lands, which impart an almost metaphysical feeling, forcing one to conjure meanings or answers to their questions that will continue to remain as elusive as the very nature of these places themselves. As the famous Berber poet and writer, Mohammed Khair-Eddine once said, ‘Deserts and mountains take us closer to the cosmos, to its mysterious genesis, to the very little glimpse of everything’s beginning’.

The djellaba is a typical outfit worn throughout North Africa, particularly in Morocco, Algeria, and Tunisia. There has always been a particular aura associated with the garment, and this series focuses on the pairing of a sort of mystical figure wearing the djellaba with the vast and boundless terrain over which he traverses daily. Ultimately, the aim of the photographs is to impart a deep and fundamental understanding of the desert’s ability to spur the type of introspection and enlightenment that writers such as Saint-Exupéry wrote about with such passion.

The extreme nothingness of these landscapes casts a spell upon those who visit them. Anyone who has known life in these silent realms is familiar with the feelings of solitude and desolation they bring; yet, they regard them with a certain happiness nonetheless. In this context, this feeling of happiness / nostalgia (or, wanderlust) relates to a sentimentality not for the past, but rather for those rare moments in which one can contemplate their pure self.

I simply always liked the concept of contrast. Not contrast as a way of calculating information depending on the probability something occurs ( Theory of information/ Concept of Entropy), but rather as something to be perceived. Phenomenologically talking, I perceive the human figure as something vertical, showing against the horizon, creating a huge natural contrast. At least for a brief lapse of time. Not a resistance though, but rather as a different mainstream way of being. I recon it’s beautiful, not being against anything, but being free to enjoy such a transversal reality, even though briefly.

That’s the typical berber cemetery of the Saharian region. Each year, it is burried away by the sand. But it also appears from time to time when the dunes move. At that time, they simply call the elders, in this case a woman ( village of M’hammid ), that allows them mark each tomb with two stones (one in the head one on the feet ). If the woman remembers it was a man, they would make sure the two rocks are parallel, otherwise they put them perpendicular to each other. This way, they “pay their tribute” to the dead. Take on account that living in the desert creates a lot of mental chaos. So their funding myth (in this case the cemetery) is what gives them a starting point in history, and create some temporal order. 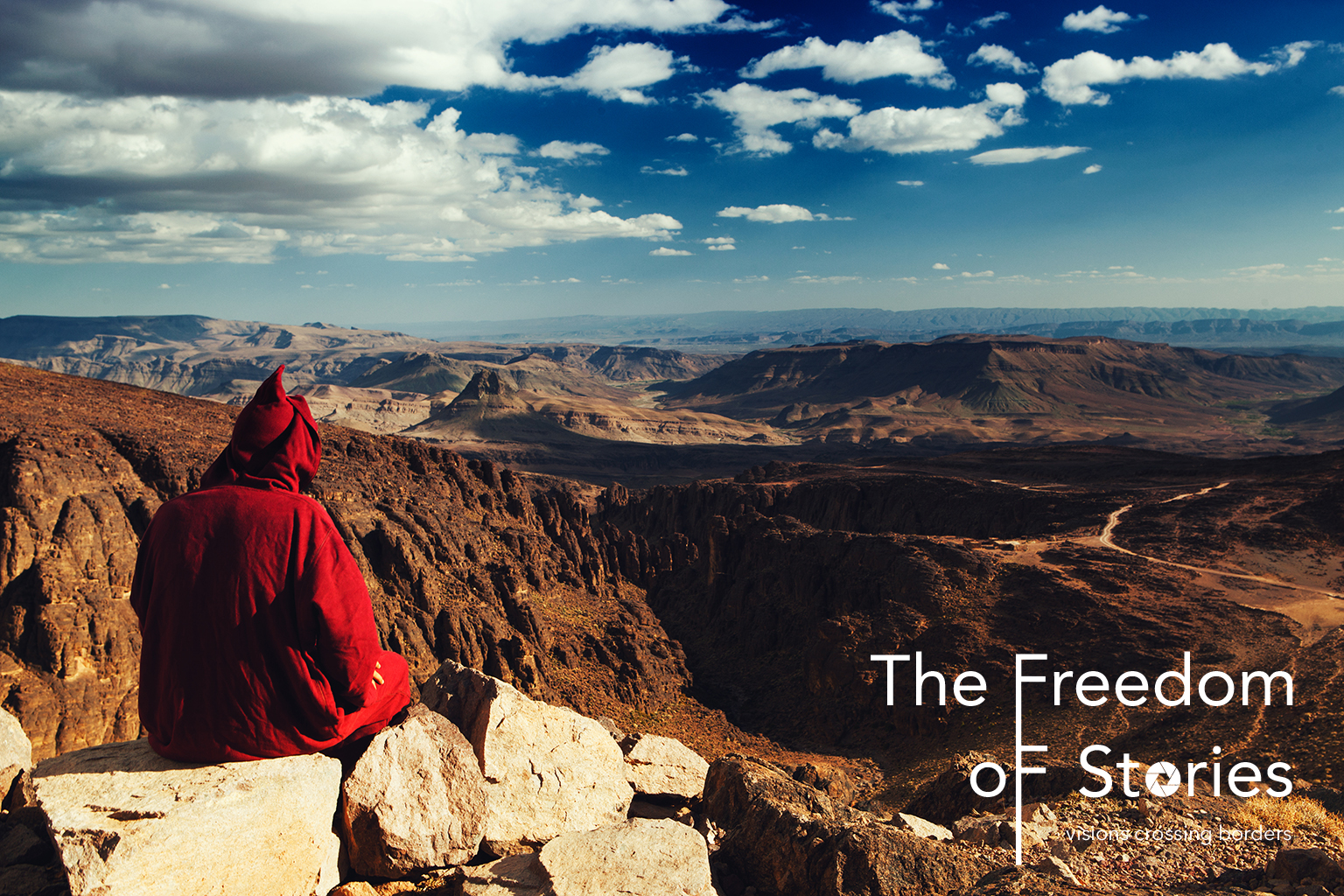 Djebel Saghro. Years ago, I was wandering with my father in the outskirts of the Anti-Atlas, in the Saghro Range. A region known for it’s historical resistance against the French in the 30’s. The nomad tribe that inhabitated it, the Aït Atta, fought for it even though it was nothing else than an arid, harsh, dry mountain. The French could not understand how could they die for it, such a poor land did not deserve such a perseverance. These guys living out there died basically died for their freedom. But it not only a history of resistance. The old man appearing the picture was sitting down at a mountain port ( 2400m high ), he was the local goatkeeper. I was suddenly curious about what he was staring at. I suddenly asked him if he was enjoying the landscape. The answer was surprising. He was not enjoying anything as he knew it by heart, such a lack of stuff happening would lead to anxiety for many of us, used to live focusing on stimuli. This guy was rather trying ” to be part ” of the landscape, he was practising a non-new-age meditation. The one found in deserts, arid landscapes where change is a rare word. He was instead trying to be one with his landscape, sightseeing was non-sense to him. Freedom is also to be responsible of one’s mental health at some point as dry-arid-huge spaces can also lead to madness. Anyone, well used to the amount of external stimuli would turn crazy living in such place as our goatkeeper. Managing to survive in such a mentally-dry place is an insightful act of rebellion against the hyper-connected world we live in nowadays.